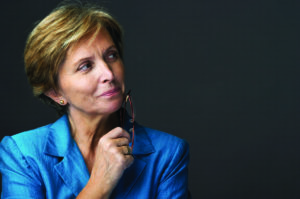 The leadership team making up an organization is the brain directing traffic down below in the intricate home base.  It’s a giant anthill. The leaders buried deep inside are managing and delegating tasks to workers throughout the complex tunnel network.

I’m here today to talk about who those leaders are.  And more importantly what they do so you can get an idea of the big picture happening behind closed doors.

Welcome to the team soldier, now buck up and move out.

What is a C-Level Executive?

The leadership team comprises of what we call high-ranking executives residing in the organization. C-level is also called the C-suite, an adjective used to describe their titles. The letter C stands for chief and the leaders who hold C-level positions are considered the most powerful and influential members of an organization. These executives set the company’s strategy, make higher-stakes decisions and ensure the day-to-day operations align with fulfilling the organization’s strategic goals.

A global C-suite study conducted by IBM interviewed 12,854 roles across 112 countries. Two-thirds, approximately 68 percent, of C-suite executives expect organizations to emphasize customer experience over products and services. And 63 percent believe that most organizations will continue to expand their networks of business partners.

Such powerful individuals might be put on a pedestal, perhaps far-reaching for the common man. Yet they are human just like us, each with their own lives and priorities. If you can understand how they operate, then you will find them much more approachable.

The first and most well-known C-Level Executive is the chief executive officer (CEO). The CEO is responsible for the success or failure of the organization, overseeing the entire operation at a high level. The CEO implements plans and policies to ensure the successful management of the business and sets future strategies. The CEO hires the other executives in the C-suite and can fire those who do not perform to set standards. The CEO is also the boss of all the other executives. No pressure right?

What does the CEO think about?

When you think of a CEO, what comes to mind? Raffaela Sadun sums it up nicely.

“We tend to think about the C.E.O. sitting in an ivory tower, deciding what the organization will do and then, boom! They make a decision and the decision just happens, and everybody’s happy.”

This could not be further from the truth.  In fact, according to a Harvard Business Review study, CEOs spend a significant time working directly with their leadership team & constituencies. A quick breakdown on time includes 21% on strategy, 25% on functional & business unit reviews, 25% developing people and relationships, 16% matching organizational structure and culture with the needs of the business, and 4% on mergers & acquisitions.

Practically every person wants direct contact with the person at the top of an organization.  Even though the CEO may want to delegate some of those people to other C-Level executives, they will end up spending some time with constituencies providing direction, creating alignment, winning support and gathering information for good decision-making.

CEOs are extremely grateful for their leadership team because they ease the burden and give the CEO time to sleep, eat, exercise, and spend time with family. Without that non-work time, the average 62.5 hours of intensity might very well drive a person mad.

One often overlooked thing people don’t expect is CEO-to-CEO collaboration.  Indra Nooyi shares her insight speaking with other CEOs on questions we don’t really think about.

“As a group you might talk about the problem of doing business in emerging markets, and how do you judiciously balance developed markets versus emerging markets. Or it might be something to do with how you groom succession — because the day you become C.E.O., you have to think about grooming a successor. How do you take people and give them bigger assignments? Especially at a time when the economy is so tough, you want safe hands, sitting in safe jobs.

But to really develop succession, you want safe hands in uncomfortable jobs to see if they can do more. You have to constantly think about taking the risk versus retreating to safe positions. You talk to your fellow C.E.O.s, and say “How did you do it? How did you accomplish the same challenge in your own way?” — those kinds of things. We’d talk about everything, ranging from big broad portfolio bets, to, “how do you articulate an investor story?” to “how do you think about people development?”

Ultimately what CEOs think about can be found in their agendas. 43% of time is invested in activities that further the agenda.  The more time a CEO spends on his/her agenda, the better he/she feels about the use of his/her time.  To sum it all up—Where and how CEOs are involved determines what gets done and signals their priorities. 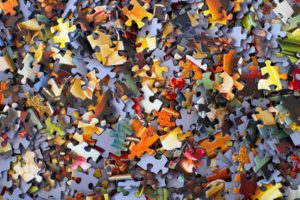 The second C-Level Executive is the chief operating officer (COO). The COO is often second-in-command to the CEO and might also sit on the board of directors along with the CEO. Overseeing the organization’s day-to-day operations on behalf of the CEO, the COO creates policies and strategies that govern operations. The COO is sometimes responsible for the human resources function within an organization. They are the unsung heroes in an amorphous role, perhaps the least understood role in business today.

What does the COO think about?

COOs fix and build things.  They come into the role for a variety of reasons, which Harvard Business Review has narrowed down to seven.  To define a COO requires a different angle of thinking because we are not measuring his job in relation to the work he does, but rather how he connects with the CEO.

COOs can be an executor, leading the execution of strategies created by upper management. They oversee both the strategic and detailed levels of long-term and short-term activities. As you will discover, the industry an organization operates in determines what COOs spend most of their time doing, and thus thinking about.

Those strategies can span over many areas of operation including production, marketing & sales, and R&D.  When Ah Loong at Animasia was asked what he found most challenging as COO, he said.

“The most challenging task so far for me is to keep on developing new ideas and concepts that can inspire the work and how to commercialize the concept to make it become a successful product.”

We can quickly see the widespread ambiguity of COOs in today’s modern organization.  They are picked up as change agents, mentors, partners and heir’s to the CEO.  Sometimes they are promoted from within the company as MVP workers, indispensable assets needing an incentive to stick around.

Andy Sparks explains in his blog that COOs are problem-solvers by nature, and they rely heavily on data when making rational decisions. They have their hands in different areas and need strong people skills.  COOs are finding the holes, and filling the vacancies until they can hire or delegate the responsibilities to someone else.

We can see this common workflow way of thinking from COO Keith Raboi at Square.

“The best metaphor I could think of is a hospital room triaging.  There’s always something broken in a startup.  Things are chaotic. Things are a mess. And there’s things that look like they are a cold, but they are actually fatal if you don’t address them or fix them.  There’s things that look like problems, but are just actually just a cold that are gonna go away and they won’t be annoying long-term.

And so the hard part of scale is figuring those things out because everything really is chaotic and so it’s like ‘what are you going to embrace and how and why?’ and then how do you leave it in a place that doesn’t come back the next day with another cold that could be fatal. And so you have to find the right person to manage it. Put the concrete down, leave it stable and then go on to the next thing. Just constantly fix things. And then over time if you lay a foundation and everything’s fixed you can build on top of it.”

COOs are on a steady decline with companies like McDonalds and Twitter deleting the position when one leader retires or resigns. This is due in no small part to improvement in CEO management capacity, an overall trend towards flatter organizations, and a shift om the nature of succession planning. 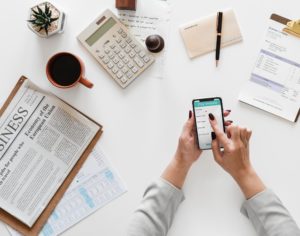 Numbers are only one part of the equation

CFOs possess a holistic understanding of the financial workings of the organization they work for as well as their entire industry.  Financial responsibility covers the past (controllership), present (treasury) and future (forecasting) duties (cue A Christmas Carol).

What does the CFO think about?

As technology takes over the grunt work with automation, the entire finance function is upskilling and the CFO leads the change in the digital arena.  CFOs are learning new skills everyday and over the next five years their minds are occupied with the following:

“In the past, everybody said ‘bean counter’ when referring to a CFO,” said Peter Crist, the chairman of executive search firm CristKolder Associates. Now, “find a leader in finance who can do a lot more than finance.”

You can thank the introduction of the Sarbanes-Oxley Act in 2012 for the drastic change in the CFO role.  It requires both CEO and CFOs to sign off on financial statements.  This act also signaled the dwindling of COOs, offsetting some old responsibilities onto CFOs and thus raising their profile in the company.

CFO Ruth Porat shares her thoughts pushing for change at Google. One major shift she wanted was to require clear financial planning companywide. “I want milestones,” Porat said. “I want to know in six months when we’re sitting down with the midyear plan, what would you like to have achieved?” Her philosophy rang, “everybody has to have a plan against which they’re executing.”

The bottom line about what CFOs care and think about is evident. Money and data.

C-Level Executives have a lot on their plate and for good reason.  How and what they spend their time on is vitally important to the success or failure of an organization.  If your aspirations are to be a leader, think about how you might survive or thrive in these colossal positions.  But I imagine most readers are looking to better communicate their own needs with the C-Level Executives.

“Understanding can overcome any situation, however mysterious or insurmountable it may appear to be.”   -Norman Vincent Peale